With Uzbekistan air ambulance rental services we are ready to depart to Asia. Plures, once again reveals the difference with the services it offers to the Asia continent. Plures also offers solutions in medical transportation, as it is in all areas of the aviation industry, our company must continue to exist with local and international operations.

Uzbekistan air ambulance rental service covers medical assistance, emergency air ambulance assistance, ambulance services and health precautions. As Plures, our staff following the latest developments in the health sector, we aim to be the leader in our industry, always serve with modernized aircraft and equipment. Our service according to medical rules, grabbing international standards, we perform our emergency medical service. With patient, employee and staff oriented service, we follow the developments in the health field, care your health as caring our own health.

Plures, by taking quick steps towards the institutionalization with Uzbekistan air ambulance service, serves with professional staff in the rental business, fulfilling the requirements of the age in emergency health services sector. The fundamental mission of our company in the field of emergency medical services; Within the framework of medical and aviation rules, following all the developments in the health sector to provide a service meets the requirements of the age. Our basic vision is, most effectively using modern technology to constantly improve ourselves and become a company that offers emergency medical services in accordance with accepted national and international standards. With our Uzbakistan based air ambulance service 7/24 we continue our work as a company that makes health flights fast and safe.

Uzbekistan, in Central Asia is a state gained independence from the USSR. The people of Uzbekistan speaks the language of Turkish with Uzbek dialect. It is one of independent Turkish state that is a member of Türksoy. There are 5 state that has border to the country; Kyrgyzstan, Kazakhstan, Tajikistan, Afghanistan and Turkmenistan. Uzbekistan does not have a coastline. The country is economically undeveloped production of cotton, gold, natural gas and uranium gives support to the economy. The official name is the Republic of Uzbekistan, which is used today. Foreign entrepreneurs does not invest very much to the country because it has hard economic controls. More than this, it is said and has been criticized by international institutions that, inside Uzbekistan the rules of human rights has been violated.

In 1313 Uzbek Khan reigned Golden Horde that was established by Batu Khan and he stands out with the harsh identity. He governed well and eliminated most of enemies. He goes over the Byzantine and Slavic people and adopted Islam. With strong governments he has established marriages, as foreign policy, this marriages made him able to further strengthen his state. During his time he wived from the Byzantine and he send his girls to Cairo as wives. At that time, the Uzbek Khan's soldiers are called Uzbeks. There is a saying about Uzbek Khan; "He has a strong army, a large country, a famous sultan, a commander on duty to fight with the Byzantine." . Khan Uzbek government was really spacious and great at that time. He was a commander who built a lot of mosques and gave importance to construction of the buildings.

Uzbekistan, gained sovereignty in 1990, the independence in 1991. Independence was approved by referendum. After that he tried to establish relationships with major states and immediately began to work on foreign policy. Foreign economic agreements in trade has been made with foreign countries, he was generally selling his rich underground resources. After gaining independence in Central Asia it has become influencial, because the state is a strong state since ancient history. Now the state leads in terms of leadership in the Middle East, it is one of most influencial state in Central Asia with Kazakhstan. President Islam Karimov is in the head of state position since its independent.

Uzbekistan has 447.000km area. Tashkent is the capital of Uzbekistan and the country's total population is approximately 30 million. Seyhan and Ceyhan rivers are among the best known and most important rivers. The Aral Sea is the largest lake in the country. Climate is seen as a continental climate, summers are hot and dry, while winters are cold. Russians and Tajiks also live in the country. They generate 10% of the country's population, the country is a Muslim country in general. 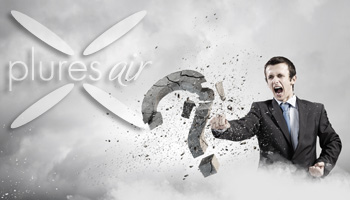