When we look at the Turkmenistan air ambulance hire content, provided with appropriate and adequate equipment, with the medical staff able to intervene with patients in all circumstances, we perform a successful business. The most important feature is undoubtedly is the "time" that separates the air ambulance from other vehicles. When sudden conditions occur, without losing any time it allows treatment to the patient. To take advantage of these benefits with our Turkmenistan-based air ambulance rental service, whenever you want you can call us 7/24. As well as patient transportation, jet ambulance is preferred for transporting transplantation organs. Coordinated with transplant centers specified by health ministry, with our colleagues specialist in medical expertise, service of carrying organ transplants completed in an expeditious manner. Our company providing Turkmenistan air ambulance rental service also transports funeral at this route.

On the shores of the Caspian, referred as sea, the world's largest lake, Turkmenistan, is a vast country with its mysterious desert steppe, one of seven independent Turkic states. The capital Ashgabat and is located in the south of the country. Country with a fairly harsh climate in the rugged geography of Central Asia, Kazakhstan, Uzbekistan, Afghanistan and Iran are neighbors. Although the western border of the country is Caspian Lake, it is extremely deprived of streams, rivers and lakes. 80% of its land consist of the Karakum Desert. Prosperous living conditions in the country, abundance and splendor of life centers, stems from their huge reserves of natural resources. With the aspect of economic development policy, they focused on tourism in recent years, to improve the touristic activities. In the Caspian shore,more than five hectares area carried out a huge tourist town, Avaza National Park project, consisting of; hotels, plazas, children's camps, social facilities and cultural centers and already has attracted the attention of the whole world.

State exposed to Russian invasion many times in history, lived under Soviet rule for about 50 years. After the dissolution of the Soviet Union in 1991, Turkestan declared independence and Turkey was the first state recognized the independence. Republican regime with multi-party system adopted in the country, the legendary leader of Saparmırat Turkmenbashi, served as the President for many years. As stated in the National motto 'independent, neutral Turkmenistan" received status of objectivity in his region. History dates back to the ancient era. Many archaeological remains proves that Turkmen's have settled the land they live on now, very long ages ago. Turkmen Turkish is spoken among the people. Due to similarities in language, Turkish citizens can communicate easily with Turkmen.

City of Mystery and Spirituality

Hell's Gate Crater known as 'Door to Hell', by admirers, due to natural gas, burns at all times, offers extremely spooky and unique images. This interesting crater is one of the places in the world that has to be seen, located in Ahal's Darvaz town, burns ceaselessly for 44 years. Historical Marwan city that Sultan Alp Arslan's grave thought to be, is the most preferred place by tourists. Most outstanding examples of Turkish architecture like Sultan Sanjar mausoleum, castles, mosques, historical libraries almost had surrounded city and exhibits a tremendous atmosphere of civilization. In 2015 Merv selected as Turkish World Capital of Culture, is excited to welcome its visitors for the next few years. The capital Ashgabat which means 'City of Love', is the most developed and modern city. Wide streets, reconstructed buildings, magnificient buildings dressed in white marble, admirable for those who see. Addition to all this beauty ,the capital has become an important industry center ,there is also an international airport and a port. The world-famous Ahal-Teke horses and the Turkmen National Carpet has a very important place in country's culture. Trade of them protected by the very strict laws. Ahal-Teke horse Statue and National Carpet and History Museum where you can see the samples of carpet are places to see in Ashgabat. Kipchak Mosque which was allegedly Central Asia's largest mosque and dessert market would be well advised to be seen as an interesting experience.

2017 Asian Indoor and Martial Arts Games, which will be hosted in Turkmenistan is nearing completion of preparations of the construction of all the structures needed for the organization in advance. The country is volunteer to do international sports organizations the biggest target of Turkmenistan is to bring Asian and Olympic Games. Ahal-Teke Horse Festival offers breathtaking beautiful images to see every year in april. Neutrality and Independence Day is traditionally celebrated in the country corresponds to the days of October 27th and December 12th. If you are at Turkmenistan during those days, you may attend people's enthusiastic celebration, you can experience an unforgettable Asian festival.

According to the patient's condition we organize our air ambulance. For example, it may vary from the birth equipment, intensive care units to burn treatment and any kind of shock treatment equipment. This option is not only limited to our Turkmenistan service but also available for cases like international evacuation. So, if you want to take special privileges of an experienced company in the bussiness of jet rental services, such as Turkmenistan air ambulance service, please contact us immediately. Our difference is hidden in service concept of us. 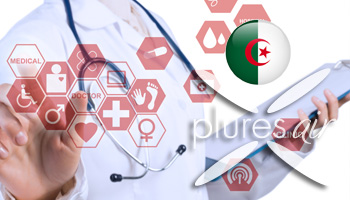