At health issue, time is important than anything else. Our company that gives Libyan air ambulance charter service, sees this as a step to reach every country at east-west, north-south. That's why giving this technological services in terms of health care to this country on the Mediterranean coast, is a serious step taken.

Libya is in North Africa, one of the country touches the warm waters of the Mediterranean, has been home of many ancient nations in old times. Libya established centuries ago by the Phoenicians; has embraced Romans, Arabs, Ottoman Empire and the Italian over time. With a large surface area, neighbourly to Algeria, Tunisia, Sudan, Niger, Chad and Egypt. The Sahara Desert covers the south of the country along its length, has led to a shift settlement to the edge. People are generally settled in the 3 largest city in Libya. A large part of the country's population of 7 million, are located in the capital city Trablus known as Tripoli and Benghazi.

In addition to being a typical Mediterranean country due to the scorching Sahara Desert summers are hot and dry, winters are mild. The best time to visit Libya is the end of autumn and the end of the spring. The trade gate of the country is capital city's Tripoli harbor. When it comes to desert safaris, all over the world in the first place that comes to mind is Sahara Desert in Libya, first choice of tourists. Desert trips organized by tourist agencies assures unforgetable moments. Especially at Ghademis desert and in the deserts at south within the Jabas Akanos caves, you can watch the sunset and in the vast desert you can spend a day experiencing the life of Berbers.

White Bride of the Mediterranean

Tripoli, the capital of Libya is also manufacturing and trading center of the country is noted for its historic buildings. Old inns, madrasas, mosques, walls, gates and arches rising all over the city. The Dragut Mosque is dedicated to Turkish admiral Turgut Reis and still has chance of sightseeing. In Roman period city is divided into two. Although the western city damaged with earthquakes, the traces of the period still can be seen at buildings in the eastern city. In particular, the ruins of Leptis Magna are reminiscent form of a history itself. Ancient baths, theaters, forums, sea baths and the Senate managed to protect until Roman period, should be visited because it is one of the rare places. Arc de Triomphe, the old Turkish Bazaar, the Clock Tower are places where you can visit easily at the city center. Tripoli is a white pearl hidden in the dessert with its white painted houses and narrow streets with arches.

Benghazi is the city where Mustafa Kemal Ataturk stayed during the war period at the Turkish barracks, city is being rebuilt because it was damaged during World War II. Therefore, it is also a modern center next to the historic heritage. There are 5 ancient Greek cities along the coast. Temple of Apollo, the Agora, the Temple of Zeus and the Forum, Central Church and Theatre must be seen. You can observe the unique Berber life in places like Yadu and Yefren that, the centuries of tradition kept alive with adobe houses, streets, the gardens.

Ghademes is an oasis in the desert, in October every year, playing host to Ghadames festival to perpetuate the unique Berber culture. With this event; regional dresses, wool and leather made clothings, manuscripts, utensils made of the palm leaves exhibited to people. During the three day festival, the city introduced with camel trips, competitions are organized with the desert jeeps. International building and construction exhibition is being arranged by Libyan authorities to develop sector. At one side the Mediterranean, on the other side the sea of sand the Sahara Desert, Libya gives the assurance that it will offer a unique holiday experience for its guests.

Our Libyan air ambulance charter service is not only for the patients but also for cases such as transplant organ transfers which time is also a vital risk. Air transport is more secure and faster than land transport for the patient. In case of emergency our aircraft fleet and our team is ready for immediate intervene to prevent dangerous situations for patients also arrange necessary hospital services. Unlike the other institutions that gives Libyan air ambulance charter service, we offer more affordable options. Our Middle East experience makes us a preferred company for relatives of the patients. 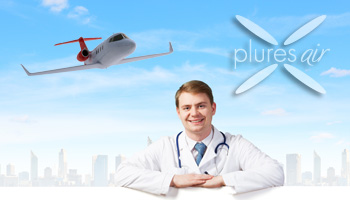