7 days 24 hours we offer our Lebanon air ambulance rental service and medical evacuation services. Air ambulance is used if the area of event is not reached by land or in situations require emergency. Plures continues to perform its work full-time, for international transportation of the patients. Flights, takes place with our world-class aircraft with comfort and safety. Evacuations performed with doctors and nurses in custody. Air ambulance is offered when you need by our company, regardless of where you are. 7 days and 24 hours our company is always ready for a flight to transport patients.

Time, It's All About Health

As with any service, our company also offers in Lebanon air ambulance rental services, a high quality. Our company preferred by the given importance to time and being aware of importantance of quick access for life. Plures continued its services in this regard, when you need help about health situation we will be on your side.

Lebanon is an Arab and the Middle East country located in the Eastern Mediterranean. The capital is Beirut. Syria and Israel are neighbors. The population is approximately 4,500,000. Arabic is used as an official language in Lebanon.

The country has a complicated religious structure, as it is the most steady and most livable country of the Middle East.

National language is Arabic, French and English are spoken as well. Language study is very important in the country and language education is given to students starting in kindergarten. Because it was previously a French colony, French has become a widely used language among middle class. Approximately 25% of the population speaks French. The muslim community more widely uses English, reactive to the French because of the French colonial times, so they prefer English as a foreign language. English language first introduced in 1866 to the country with the establishment of American University. Approximately 90% of the population is Arab. The number of Christian and Muslim communities during the Civil War being equal, this number in present, however, turned in favor of the Muslims. The number of Muslims is more Christians today and most of the muslims are Shiite Muslims in the country. Since 1932, Lebanon has no census, the population of Lebanon is now regarded as approximately 5,000,000. If we examine the issue in terms of education, all schools are dependent to the Directorate of National Education in Lebanon. The half of the students are studying in government and other half at private universities in the country, there is only one state university which is "University of Lebanon". Lebanon was established in 1941 and recognized as a country in 1943. Surface area is 10.000km. 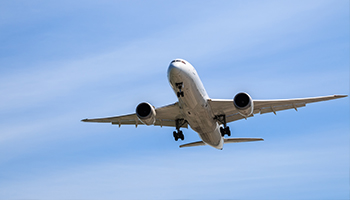