Kyrgyzstan air ambulance rental service is a service of our company that is served 7 days and 24 hours. Ambulance plane is one of the service to be used in the cases such as, transferring of patients long-distance (from the city to another city or country) ,long journeys via motorway, for urgent organ transplant transfers. Kyrgyzstan air ambulance rental service is provided by our company with experts staff, our specialists doctors and nurses. Being fast, reliable and comfortable is to be among the missions of our company. In addition to the services we deliver to local customers we give international services, we offer solutions in the standards of the world health organization.

Today we continue to serve in Kyrgyzstan one of the seven independent Turkic State We provide within the meaning of medical evacuation and medical transportation 7/24 to one of the Turkic state; Kyrgyzstan.

We have air ambulance service based in Turkey or Kyrgyzstan. Type of aircraft for air evacuation is determined according to the needs of our service. If its appropriate and urgent case that is unavoidable, patient is transported to the nearest health center in the region. If there is no problem in terms of time considering the health of sick or injured patient he can be taken to advance planned health center in Turkey or Kyrgyzstan. We are able to serve worldwide, any other country or countries to/from Kyrgyzstan.

For a happy and peaceful life, in emergency cases with our company's Kyrgyzstan air ambulance charter services, you can hold on to life.

Kyrgyzstan is a Central Asian country and is one of seven independent Turkish state in the world. Kyrgyzstan's neighbors; Kazakhstan, Uzbekistan, Tajikistan and the People's Republic of China. The meaning of the word Kyrgyz is 'forty-tribe' and forty legs on its flag symbolizes. Kyrgyz in 840, overthrowing Uighurs from their lands they settled and lived in the vicinity of Sayan mountains. The society has been muslim during period of Karahans.

Timely they called as Black-Kyrgyz after they have lost this name breaking up from the Kazakhs by Russians. In 1936, the Kyrgyz Republic, has been recognized as the Soviet Union. During 1920's, Kyrgyzstan improved education and there was a sense of their own language standard. During the period of Stalin's regime, it was a community who resisted and maintained their nationalism and so lived in tense. When we come to 1990, there had been serious tension between Uzbeks and Kyrgyz, as a result of this case as curfew imposed and the order went like this for three months. Soviet Kyrgyzstan changed the name to the Kyrgyz Republic in 1990.

Need to Know About Kyrgyzstan

In 1991 it started a multi-party system, since 1991 Kyrgyz is the official language of the country also Russian is spoken slightly in the country. Throughout history they have used the Arabic alphabet, they began to use the Latin alphabet in 1928 and in 1948 they began to use the Cyrillic alphabet. Now, the country's the official religion is Islam. 76s% of the population is Muslim, 2% of Buddhists, atheists are 4% and 18% Christian. Kyrgyzstan's capital is Bishkek. Education always remained in the background throughout history, the Soviet Union has made some strides for education. Today there are over 60 universities in Kyrgyzstan. The most important among the sagas in literature is Manas epic. Chingiz Aitmatov is a world-famous writer of the country. They did agriculture and livestock for their subsistence. The small ruminants are most bred animals. The industry is highly developed today, they earn money from hydroelectric seriously. Mining sector is also substantial level.

Transportation is not developed because it is mountainous. In winter season there is almost no transportation to high places. 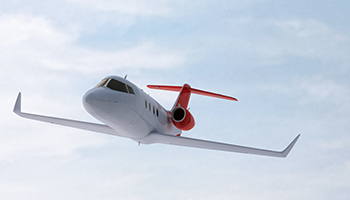