Kuwait air ambulance rental service is a health care service given full-time by Plures. The services provided by our company with ambulance jet aircraft are; transfer of transplantation organ, patient transfer and first-aid activities.

Preferred in many parts of the world, our company is now serving also to Kuwait. With our experts in the area of health, we do care about your health, even more than you. Our company carries patients from Turkey to Kuwait or within the required needs any destinations in Turkey and Kuwait, with great care and keeping health ethics above everything else. Our planes giving Kuwait air ambulance rental service is avail 7/24.

Private air ambulance is the fastest and safe way of transportion for the sick and injured person, for the places where it is not possible to do intervention in medical emergency or ground transportation causes life-threatening cases. With Plures's service, patient / wounded person, picked up from the nearest airport and transferred to the airport location closest to place where treatment will be made. Our company uses jets and turboprop aircrafts for health services, provides a unique speed, safety and comfort.

Transmitting the experience gained in aviation industry for over 10 years to health services, our company has managed to become unchanging address for our loyal customers.

Centuries ago, this old world country given the name Icarus by the ancient Greeks settled, now is Kuwait, is hosting a wide range of people in the Arab peninsula. In time, the land that witnessed and hosted many civilizations like; The ancient Greeks, Parthians, Sassanids and Arabs. This Arab country which merit the " fortress built near water " identification, neighbouring at north with Iraq, Saudi Arabia to the south, the eastern border constituted by Gulf Sea lengthwise. This is one of the eight countries referred as the Gulf States. Kuwait is a constitutional emirate with a parliamentary system ruled by Al Sabah family. The population of the country is 3.5 million, majority of the population consists of immigrants. In particular, Indian, Egyptian, Afghan and Pakistani foreigners who are employed in the service sector in general, composes half of the Kuwait people. Country has a huge potential in terms of worldwide oil reserves. Oil wealth has greatly increased the prosperity of Kuwaitis. This prosperity is helping to rebuild the social life of country and constructing the cities.

One of the most vibrant area is Kuwait City, the capital and the center of the country, both geographically and administrative. Population density is mostly in the capital. Kuwait has 9 linked islands. Only in one of them settlement is available and administration depends on the capital. Currency Kuwaiti Dinar is currently the world's most valuable currency. Kuwait is a rich country where extremely luxurious and high engine powered high-speed cars preferred, you have to be careful in traffic. While all Kuwaiti women have to wear the chador, there is no any enforcement applied to visitors or tourists. Women guests are free to wear as they wish in this country, only while swimming in puclic places they have to wear hijood.

In "Desert Storm" movie the images etched to popular culture, essentially have occured on this land at actual operations. In 1991, as a result of clashes with Iraqi troops, many oil wells were set on fire. As a result of those fires the water supplies and the sea seriously polluted, because of waste oil leak, resources get lost. Obtaining drinking water to be more expensive than oil can be explained by the impact of this hit to the water sources.

Changing Colours of a City in the Dark

If you have to visit this Gulf country which is hot at all seasons, the most suitable time recommended is from November to February. While there is a significant increase in air temperature along with the start of March, especially in the summer, highest temperature of 44C measured. In our country, the coast depicted as kordon, a walking promenade with cafes and the restaurants, is an indispensable part of daily life, this place is known as the Corniche in Kuwait. You can watch the panoramic view of the entire city from Liberation Tower which has become a symbol of city with the revolving restaurant, must be seen. Another assertive structure is Alhambra Tower for enthusiasts of tower and the skyscraper. The most important feature of this tower is being the concrete and the highest building of the world. Kuwait is a port city, alcohol is prohibited in Kuwait, there is almost no nightlife. Instead, the men and women liked to spend time until late hours at hookah cafes and tea houses which are quite common. At Salmiya along the coast, you will come across cafes where you can watch green sea of the bay and drink coffee with cardamom special to Kuwait. Visitors wondering about history of Kuwait can go to the National Museum at capital city, and see village life at Kuwait old village houses in X. In February each year, the Holy February festival is made in the country. All young and elderly people participating in the celebrations, as a tradition at these days people soak each other with water pistols, tourists shows great interest. Got its own share from the magnificent Kuwait life, majestic Seif Palace, one of the world's largest mosques the Grand Mosque with its lush gardens, with gold inlaid walls and domes and the Failka Island, are among the must-see places for visitors. This warm Gulf countries people are extremely warm, helpful and welcoming towards tourists as climate. The vast majority of the people can talk English, to experience a memorable travel in this region is guaranteed not having any difficulty in communicating.

What you need is Plures 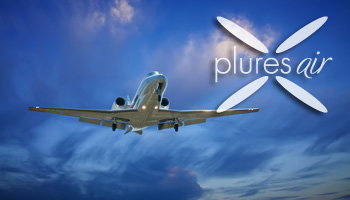