Jordan air ambulance service provided with our company's exclusive tools and experienced teams, is one of the medical emergency services. In conditions such as illness, injury, accident cases, transfer of patients are made both to Jordan or other countries in an expeditious manner. For injuries caused by the attack or accidents, patients suffers from severe chronic illness, patients need to be transported in the doctor's supervision, for patients that treatment should be continued with better conditions, for cases ground transportation is risky, all can benefit from this service.

The fastest journey to Hope with Jordan Air Ambulance Service

Plures gives air ambulance services with long-range jets that can fly at high altitudes and with turboprop propeller aircrafts that has enhanced motor and engine power. Aircrafts regularly maintained and are equipped efficiently to respond to the health problems that require urgent intervention. All possible equipment that might be needed is in service of the doctors and paramedics at the aircraft.

Jordan is located in a very active region that most of the companies that gives air ambulance service avoids. Our company, with our daredevil staff serving in the most difficult conditions and the toughest regions is in your service at Jordan when you need it.

Without delay, fill out the form located on our website and get reasonably priced Jordanian air ambulance service rental, at world standards.

On May 25, 1940 won the independence from the United Kingdom, is one of the Middle East countries with 95% of the population is Muslim. The official language of Jordan is Arabic, it is governed by a monarchy with a parliamentary system. The population of the country is 5 million and capital is Amman. Jordan is a transition bridge between the Arab world and the Western world, in contrast to the usual Middle Eastern countries it does not have oil reserves, and compared with the other Middle Eastern countries they give importance to education. Israel, Egypt and Saudi Arabia; are the neighboring countries to Jordan.

Jordan's history dates back to ancient year. BC 13th Century region was in Israel's dominance. BC 721 years the region taken by the Assyrians, in BC 612 years Medes were dominated. BC 587 in the area was under the sovereignty of Babylon, in BC 332 invaded by Alexander the Great. Later conquered by Rome, but remained in Byzantine territory after the split of Rome. After Umayyad, Abbasid, Seljuk, Ayyubid and Mamluk, invaded by Yavuz Sultan Selim in 1516 and joined the Ottoman Empire. Over the years, the city of Aqaba in Jordan, the intersection point of marine, trade and pilgrimage route has been a favorite place that everybody wants to rule.

Jordan, though widely surrounded by desert climate is dominated by the Mediterranean climate in the northern and southern regions of the country. With 20 degrees in the winter the weather is mild and humid. The extremely dry and hot summers seen.

Prominent local dishes; zarbi kebab and Mansaf. To cook Zarb Kebab they dig a small well and put two superpositioned tray into the well. In the bottom tray rice, in the upper tray kebabs with vegetables cooked. Cooking is challenging, often done for special guests. The Mansaf, cooked rice with lamb and served with almonds, this dish also cooked in the Antakya cuisine.

Jordan with Dead Sea (Lut Lake), Ruins of Petra City, Jordan River, the Hejaz Railway, Aqaba Fort, Ram Valley (Moon Valley) is at the peak of tourism with many historical sights. Jordan's most important source of income is tourism. In particular, Jordan's only port city, located right next to the Red Sea and the Jordanian resort of Aqaba is a capital city in terms of tourism and very rich history.

Aqaba is one of the best diving spots in the world. Corals are unharmed and underwater life in Aqaba is quite rich. In many local shops in Aqaba, very colorful displays of; fossils of sea creatures, rosaries, necklaces and many other jewelry and the ornaments can be found. You can get small souvenirs for 5$ ,black coral rosaries with prices of 20,000$ can be found. Aqaba is a port city with a colorful atmosphere. Jordan's other tourist attractions is Ram Valley. Ram Valley also known as the Valley of the Moon. With magnificent desert landscape, canyons and giving a feeling of eternity, Ram Valley is one of the places to be seen with certainly tremendous structure.

Jordan hosting the world's lowest elevation on land "the Dead Sea". 400 meters below the sea level with salinity of about 30%. Therefore no creature can live in the Dead Sea.

Jordan's historical and other tourist attracting place is the ruins of Petra. These ruins once was on an old caravan route, where it has been a place that many people stay or trade, but as the caravan route changed, this city has been forgotten. While going to Petra Ruins, you can walk the corridors surrounded by rocks or travel with phaeton like tiny one-horse carriage. Reaching the city of Petra, you come across with many caves, graves and bunker. Petra monastery, the most important point of the city, which is at the top of the valley. There are 1000 stairs to be climbed to reach the monastery.

Finally, the 10th of the artistic activity "Free Theatre Nights Festival" held in the Jordanian capital Amman organized with the participation of many countries. 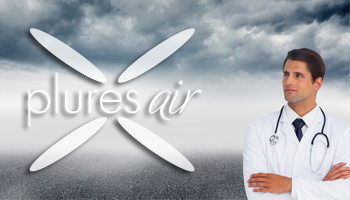