In Turkey, ambulance aircraft is one of the vital tools in health field, as well as in every country. Our company is aware of the importance of this responsibility, and serves with its jets. With Istanbul air ambulance rental service Plures meets the expectations in a very short time, operating in European standards.

This exclusive service provided by our company is preferred, in an emergency case that patient has to be transferred to hospital quickly and comfortably, but patient's location is not suitable for ground or sea transportation. Another area of use is transplantation organ transfer, Plures air ambulance transportation service is ready to be your health supporter.

Plures' Istanbul air ambulance service can be preferred even in the most difficult situations for its experienced staff and fully equipped medical team. Istanbul or another city, when you need air ambulance, its not a problem for our company. Just inform us about your route and sensitivity. Our company, with its different alternatives and solutions according to the needs, offers a practical way. Our company has been serving every hour of the day, meets your needs for flights one-way or round-trip.

When it comes to health, our company with qualified and modern facilities, is in your service with full force. Plures is at your disposal without hindrance with Istanbul air ambulance rental.

Istanbul, Turkey's most populous city with a population of 14.1 million, is the world's 3rd largest city. Istanbul is economic, cultural and historic heart of Turkey, is like a country in its own right. Due to the geographical position, Istanbul is considered one of the world's most important cities. Bosphorous of the city, connects Asian-European continents every day, is home for thousands of ships and is one of the world's busiest waterways. Although the Republic of Turkey's capital is Ankara, other empires throughout history used Istanbul as the capital, due to this historical palaces such as mosques and government buildings, structures reminiscent of the role of the old center is located here.

In 660 BC, it was founded under the name Byzantium at the current Sarayburnu location. After staying with this name for almost 16 centuries, in 330 AD was established as Constantinople (Constantinople - Ottoman: Konstantiniyye) and used as the capital by four great empires. These are: Roman Empire (335-390), the Byzantine Empire (395-1204 and 1261-1453), the Latin Empire (1204-1261) and the Ottoman Empire (1453-1922) Christianity as a religion that prevailed for centuries in Istanbul, after the invasion of the Ottoman Empire in 1453, has made the transition to Islam and has undergone a change so radically. In this way, both historic churches and mosques exists thus doubles the historical and cultural richness.

The European Capital of Culture in 2010 and the world's fifth most popular country for tourism by opening its doors to the 11.6 million tourists in 2012, Ayasofya Museum is one of the places that you have to visit before leaving Istanbul. In 537, mathematicians Anthemius Tralles and physicists Isidore of Miletus has designed and built it. Hagia Sophia was used as Orthodox Church by the Byzantine, with the conquest of Istanbul by the Ottomans in 1453 it has been used as a mosque. Now, it is used as a museum since 1931 and has become one of the most important symbols of Istanbul.

The story of the name of the Bosphorus strait linking the Asia-Europe is very interesting. In Greek 'Bosporos' consists of a combination of words "Bous" meaning "ox", "Poros"meaning shallow passages, passage, stream, combination: "Ox's crossing way" (in English: Oxford) . This name came from Greek mythology. Lo, transformed into an ox that was condemned to wander the world until passing "Bosporos" and met Prometheus. The Bosphorus Bridge lets you switch between two continents, because of its strategic geographical location it is one of the world's most important building. Istanbul is the first in Europe with its population.The natural beauty of Istanbul makes it unique; The teatime against the Bosphorus, accompanied with the delicious dishes, in Istanbul, you can listen the silent voice of thousands of years.

Istanbul, being the capital of the Ottoman Empire for centuries, monuments constructed by them as they ruled. This works adorn the four sides of the city. In the works you can see, there are also traces of Islam, Christianity even antiquity. Hagia Sophia is the best example. After Fatih Sultan Mehmet conqured Istanbul; then known as Constantinople, the Hagia Sophia church was converted to a mosque; but they did not damaged the figures inside the building and the mosaic stickers.

For centuries this city living as a multinational society; has now opened its doors to people all over the world without discrimination. When it comes to Istanbul; with fascinating mosques, the religious center of historic Hagia Sophia, Mimar Sinan's masterpieces Suleymaniye Mosque and the magnificent dome and minarets of the Blue Mosque; you can touch the spirit of Istanbul.

Visiting Topkapi Palace and Topkapi Palace museum you can get information about the city's history; here you will find the opportunity to examine works of the past.

The Grand Bazaar is accepted as the world's largest bazaar, isone of the important places you should go. Here, you can find products both reflecting the city and its culture; you can purchase a lot of gifts. During Ottoman Empire time, the heart of the trade pulsed there; therefore, it had played a very important role. Maiden's Tower located over the sea; has a story to listen.

You can join the concerts in summer at Anatolia and Rumelia Fortresses. If you go to Istanbul you should visit Islands. Burgaz Island, Büyükada, Heybeli island are one of the islands that can be visited.

Taking steamboat tour on the Bosphorus, you can eat fish and bread Eminonu district. You should take a look at the palaces with the city's historic grandeur. Mainly Topkapi Palace, Beylerbeyi, Dolmabahçe Palaces; Beykoz, Küçüksu, Ihlamur, Maslak Pavilions should be visited. The city also has hosted many international events and continues it. Over Bosphorus bridge every year; Istanbul Eurasia Marathon is organized, the world's largest contribution is provided from various cities.

The city hosts, many musicals, movies, business, sports also the cultural and artistic events. To watch on site and see all these; you should definitely visit eminent city of Istanbul in Turkey. Do not hesitate to travel to the city, that has seen four different empire, feel the history!

In Turkey, no matter where, Plures private air ambulance, is ready to transport you under the most secure and comfortable conditions. Intense demands for metropolises especially like Istanbul, Ankara, Izmir, Antalya, answered immediately, also in accordance with the request to other cities, exclusive transportation service offered.

In recent days, due to the flights made to the challenging regions of the Middle East and rescue operations, our name often mentioned in the transportation of the sick and wounded patients for treatment to Turkey with private air ambulance service. Plures also does all required bureaucratic procedures of patients like visa, flight procedures such as taking international travel permission, on their behalf.

Hundreds of years of history that we can not finish counting the wonders of the city, serves two main airports. The largest of these, in 1924, came into service in the European side of Istanbul the Ataturk Airport. The Istanbul Ataturk Airport is 24 km (15 miles) west of the city center, carrying 51 million passengers in 2013, it was Europe's fifth busiest airport. Yet in the 2013 selected as Airport of the Year by Air Transport News and in the Skytrax World Airport Awards, in the 40-50 million passengers per annum category, selected as the Best Airport in Europe. In the Anatolian side of Istanbul, at 35 km (22 miles) southeast of the city center, Sabiha Gokcen International Airport has been established as a result of the failure to carry large passenger plane from Istanbul Ataturk Airport and is the second most used airport in Istanbul. Our company is with you anytime 7/24, with the private jet and air ambulance rental services based in Istanbul. 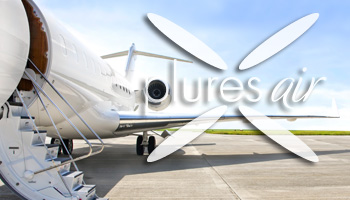