Plures offers a reliable service 7/24, with Dubai air ambulance rental service. Our company continues to make a difference in service 7 days and 24 hours, with private aviation services to Dubai which is one of the seven emirate that composes the United Arab Emirates.

With air ambulance services to our esteemed customers, we enjoy serving with the expert team for many years, our company delivers its exceptional service to Dubai. Dubai air ambulance private rental service by our company, offers comfort together with safety and speed. Dubai, taking ambitious and big steps for being tourism, trade and financial center of the region, to avoid risking your health, you can contact us anytime.

We are with you at tough conditions

Our company provides services based in Dubai, continues to serve properly according to terrain and other conditions. Our trained staff capable of landing to challenging regions when its necessary, we value and give attention to your health.

Health-threatening emergency cases, in slight injuries or orthopedic problems, the distance is not trouble, when you need, we are always with you. With Dubai air ambulance charter service, without affecting weather conditions, we do your transfer to any health institution.

Our air ambulance service operated in cases such as your location is unsuitable for ground ambulance, the urgency of your health status or entirely depending on your preference. Ambulance aircraft flights can be prepared in a short time by orders received from our medical doctors call center.

Dubai International Airport is the main airport of the city and is located in Al Garhoud. Built on an area of 3400 hectares, the airport employs nearly 60,000 people and it is hub for the world's largest airlines. Another important airport is Al Maktoum International Airport. Located on a 220 km2 area where many aircraft land and take off in this huge airport every day.

Which has become a favorite of the whole world in recent years, Dubai is an emirate dependent to United Arab Emirates. The city center also has the same name. Dubai has the highest population in the United Arab Emirates and it is built on an area of 4114 km2. Officially established on June 9th 1833 in Dubai, it was officially separated from the United Kingdom on December 2, 1971. City, within years managing a serious evolution, has become one of the world's most important trade center and began to host the representatives of the world's most important companies.

Today, Dubai as a metropolis, its economy is an oil-based economy. However, the aviation, real estate and tourism bussiness gained importance in recent years and increased economic level a lot.

The city is located in the Persian Gulf and the Gulf also form the western border. Dubai, although completely within the borders of the Arabian desert with the surrounding regions shows significant differences in terms of geography. For example, the sand includes more sea shell compared to other regions, it is white and clean. There are also herbs and palm trees in the desert. Dubai, which has a typical desert climate, summers are extremely hot and humid. The temperature is generally over 40C.

Arabic is the native language of the population in the region. But as business began to develop in the city, bilingual education has become a must and English became as the second language. Accommodating large number of seasonal workers; Urdu, Farsi, Hindi and Tagalog languages are also spoken in the city. Although the vast majority of the local population is Muslim, because of the trade relations there are many Christians, Buddhists and Hindus.

In Dubai, marked the 20th century in terms of development, located the masterpieces of modern architecture. Miracle Garden opened in 2013 is one of them. 45 million flowers grown with the use of wastewater, which houses a 72,000 km2 area and the garden has been a favorite place of the tourists. Burj Al Arab has the fourth highest hotel in the world title since 1999 and serves the world's most exclusive customers, it has seven stars. Since 2010, the city's most important building is the Burj Khalifa, highest building in the world. With its 829.8 meters height this massive structure is under the influx of local and foreign tourists every year.

Pupil of today's economy and tourism, Dubai is a great city that all travelers should see that is a symbol of the development in 20th century. 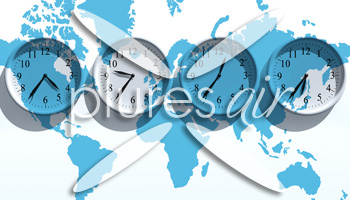