With Beirut air ambulance rental, we continue to give full service in health care. We endeavor fairly rigorous in the services we perform for Beirut the capital city of Lebanon and having an important position in the Middle East. Our company continues services to Lebanon that the various religious and cultural differences enclosed, we are working in a way compatible with the general structure of the country. We owe our growth in Beirut health transportation business, to the attention we show our work.

Quality service for the Health Solutions

With our Beirut air ambulance rental services, we perform our activities in the international standards of quality and safety for medical transportion. We fulfill with a perfect service understanding for health care services involvement in the Middle East according to your needs.

In mild cases or in emergency we guarantee our patients health with necessary first aid and transportation. Regardless of time, we give attention to our services any time we care about time and your health needs. We keep our promises about health service, in necessary cases transporting you to closest health centers in the city or country.

Plures is a company that can respond quickly to needs with Beirut air ambulance rental service. The illness or the injury situations that time criterion of great importance, our company undertook an important mission for human life, is ready and waiting for you to give medical care at any time of the day. Beirut air ambulance rental service of Plures offers a combination of quality, health and safety.

Beirut is the capital of Lebanon. For many years, it has been economic, intellectual and cultural center of the Middle East. For a period the city joined the Ottoman Empire, after the independence of Lebanon in 1943 has been a rapid growth period. Previously, Christians and Muslims in the city were equal in number, today Muslims are the majority in the city's population of 1,500,000. Thanks to being on the Mediterranean coast and a lot of fun nightlife, attracts tourists from neighboring countries.

Delicious appetizers and grain dishes form the majority of the Lebanese cuisine. Others are mostly the seafood. Arak is the national drink of Lebanon, it is an anise-flavored liquor drink. Also wines are famous.

- Al Omari Mosque: In 1153 year by the Knights Hospitaller, it is a church built in the name of St. John. In 1291 it was converted into a mosque by the Mamluks. Blue dome of the building with a fascinating beauty can be recognized even from afar.

- Dove Cliffs: The two large rocks in the middle of the sea. During the summer months it is organized tours to the rocks. By participating in this tour it is possible to see it and its around closely. They also can be seen from coastal road of the Corniche of Beirut.

- Great Serail: It was built in 1853 as the Ottoman military barracks. Later it used as the headquarters of the French during the French mandate governor, used today as the Government Palace.

Beirut hosts a very historical place as a result of too much culture to host. In addition to what we have mentioned;

are among the first to be seen. If you have plenty of time, Byblos, the Jeita cave Gratton, the hill of Harissa, Baalbek temple, the United Nations Building, the Houses of Parliament, St. Elias Greek Orthodox Church, and you can see a lot more as well.

Beirut's nightlife is very famous. In evening you may encounter; illuminated hotels, restaurants and colorful light shows. Casino Dulib the (Lebanese casino) must also be seen. Mamelte is the most intensive place of the evening entertainment.

Beirut in February, the International Tango Festival is held. Again, the Al Bustan Festival held in February of traditional music and performing arts are exhibited.

In October Hamra Street Festival and the Beirut International Film Festival is held.

Transportation in the City

After the visa agreement between Lebanon and Turkey has become possible visa-free entry to Lebanon. There you can get Beirut, you can go downtown by taxi from the airport.

The most widely used method of urban public transport called "services". Local buses may be used. It is possible in the city center to walk on foot. 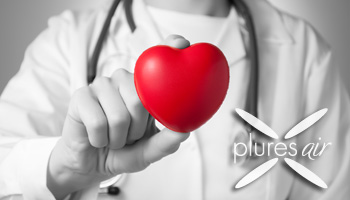