With Bahrain air ambulance service, our rental services to Middle East are continuing. Plures delivers service to one of the Middle East's rapidly developing country Bahrain, is also has an ambitious situation in the sector in Asia. With quality and safe healthcare transportation, Plures continues to its existence with the services promised to its customers.

Which Services provided by Plures?

Plures, by Bahrain air ambulance hire service has also achieved success as in the other aviation activities. In the health field and every legal transportion cases you can take advantage of Plures service. Our company as the health transportation;

- In cases of injuries requiring emergency

- Sick or injured in cases where high risk of life such as a heart attack,

- In the organ transplant process,

gives services by your side. Our company operates worldwide, 24/7 service is delivered. Bahrain air ambulance rental service is done with world-class comfort and safety.

Under the supervision of specialist doctors and nurses we made our flights, we are where you need for your health. The company is fully aware that our health comes before everything else, noteworthy feature of our service is; you can reach us in all circumstances. Our company offers the service with no limits, at all hours of the day from the available personnel and ambulance aircraft. In health services speed, quality and necessary equipment is extremely important and required. In this regard, you can get quick and healthy flight with Bahrain air ambulance rental services offered by our company.

Bahrain located in the Middle East,off the coast of the Arabian Peninsula , it is an island country. In its Southeast Qatar, in its west Saudi Arabia lies. It consists of about 30 islands. Divided into 12 municipalities and is governed by an absolute monarchy. Important cities are Manama and Sıtrain.

Where the oil and gas economy is quite large. Because the country is an island country has also improved fishing and boat building. Also it has a great share of the pearl fishing and trading in the Bahrain economy.

In Bahrain Arabic, English, Persian and Urdu languages are spoken. The common language is English. Almost everyone spoke English and signs are in English. 99% of the population is Muslim.

Bahrain has been a settlement since ancient times. Due to its strategic location in the Persian Gulf; Assyrian, Babylonian, Greek, Persian and Arab civilizations effects seen. Passing into the hands of the Portuguese in the 1500s, the island joined the then Ottoman rule during the Ottoman Empire and remained 400 years until World War II. Then the United Kingdom ruled here later they gained independence in 1971.

- Manama the capital of Bahrain. Islamic works written in 1300 for the first time is mentioned about Manama. Today, it is one of the major economic centers of the both world and Bahrain. There are also a number of universities. In Manama you can see;

Bahrain National Museum: At the museum it is possible to see a lot of Relics and works. Besides, this is not just a museum, a delightful place that you can drink something.

In addition, at Coral Beach Club during the hottest hours of the day you can swim. At the same time the gym and the dining area is also available.

- Sitra: is located at the south of Banama and is a unique place. Besides being a fisherman city, the famous Al-daar island can be reached from the port of this city.

Bahrain a more liberal country compared to other Middle East countries. Alcohol is not prohibited. People usually spend the night in shopping malls. For those who want to chat and have a drink entertainment venues in the city are also available. Some of them accompanied by unique music, you can have fun in the Middle East.

Middle Eastern cuisine is dominant in Bahrain. Lebanon appetizers can be found everywhere. Foreign nationals live in Bahrain, for this reason that there are many alternatives, such as Chinese and Italian restaurants.

Bahrain Formula 1 Grand Prix held in April brings many visitors to the country.

In addition, other fairs and festivals held in Bahrain; 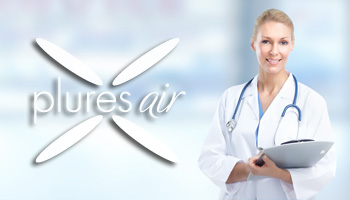 Belgrade air ambulance charter service is one of the most attentive service provided by Plures.