Our company is known for its air evacuation operation, offers air ambulance charter service based in Algeria. Plures, one of the leading companies in the air transport sector, brought one of the innovations of modern technology, the air ambulance service. Not only limited to Algeria, in terms of health services and medical evacuation operations are provided in the international arena.

What is Air Ambulance?

Thriving and very often required air ambulance, rather than the normal transportation, modified for the health sector, in exceptional circumstances, such as accidents, emergency injury or illness, it is really important in terms of making early intervention. Algerian air ambulance service offered maximum 1 patients, we provide a comfortable work for health personnel in a sudden event of intervention by limiting the number of our companions by 2. The number of our staff is formed of one doctor and one Paramedict, ambulance aircraft is equipped with an intensive care unit.

Africa's largest country Algeria has hosted many civilizations throughout history. Berbers are the oldest communities in the country. Phoenicians, Carthaginians, Romans lived in the area. Then they entered the Islamic state sovereignty. It was invaded by the Ottoman Empire in 1516. Remaining under a long Ottoman domination, Algeria seized by the French in the year 1830 and was converted into a colony. The Algerian people began to stand on independence movement agaist French because of their attitudes towards them. In 1962, Algeria has declared its independence as the Democratic People's Republic.

West of the country Morocco and Western Sahara, at south-west Mauritania and Mali, at south-east Niger, at east Libya and north-east Tunisia are the border neighbours.

The international airport Houari Boumediene Airport in Algiers is at the south-east of the city. Terminal offers six million passengers per year capacity. Airport was built in 1924. The United States Air Forces in time of World War II was used as a command center. In addition, cargo and personnel transport is also made from this port.

There are two terminals. Terminal 1 is where international flights operated. Termial 1's annual passenger capacity is around six million. International traffic is up to two and a half million passengers. Five thousand car parking space inside the terminal, a twenty-seven thousand square meters landing area, sixteen passenger platforms and taxi stands are available.

Terminal 2 is for the domestic flights. In 2007 this terminal renewed. Annual passenger capacity is two and a half million. The same comfort and safety services as in Terminal 1 provided. Annual domestic passenger capacity of the terminal is one and a half million. At the terminal, cafeteria, tearoom, small mosque, a twenty-one registration desk is available. Within the terminal, a hairdresser, pharmacy, watchmaker, perfume shop, bag store, game and toy stores, shops selling tobacco and newspapers are located. In this terminal 900 parking place, taxi stand, 5,000 square meters landing area, 7-platforms, one baggage claim area and a lounge for premium passengers available. Before the opening of Terminal 2 to Terminal 1 is used for domestic flights. Since 2007, at the period of the pilgrimage, that flights and charter flights performed from Terminal 1. The surface of the airport's runway is asphalt.

28 passenger airlines and 12 cargo airlines serving at this airport.

Car, bus, metro and tram are available for airport transport. When using the N5 highway 20 km, you can reach to the airport. Airport has 7000 car parking capacity. Every half an hour bus transportation from the airport to the city center is available. The metro line is not fully active, but the metro line will be used for transportation when it is completed.

The capital of the Algeria is in same with the country, due to the white buildings in Algeria it is called "White Algeria " Kasbah, square of the old town, has been added to the UNESCO World Heritage List and is the place worth a visit. El-Kebir Mosque is the oldest mosque in the region in Algeria. Al-Jadid Mosque built by the Ottomans in 1660, was built in a similar manner with the al-Kebir Mosque. Third mosque in the region is Ketchaoua. This mosque was converted into a mosque from St. Philip's Cathedral. Ec-cahit Authority (Martyrs) monument built as commemoration of the liberation struggle against the French can be seen all over the city. It has become the symbol of Algeria. Al-Mujahideen Museum, located near the monument is among the places should be visited for those who wants to learn about the history of Algeria. Notre Dame d'Afrique Cathedral, which was built in 1953 by the French, at Bologhine district, has today become one of the places frequented by tourists. Cathedral is provided by a cable car transportation. Besides the colorful figures in the cathedral's walls Latin and Arabic prayers can be seen.

In the Tassili National Park located in the Sahara desert, you can take a ride on camels. Park is surrounded by rocks formed by erosion. Pictures drawn in the Neolithic age has been found in caves in the park.

St. Augustine's Church located in Annaba is one of the must-see places. Inside the building with unique architecture has the hand of St. Augustine.

The most common food in Algiers cuisine are made with couscous and lamb. For a variety of fish found in coastal areas where consumption of fish is also very high. Couscous is made at the home of each family and there are many varieties.Lamb usually consumed as grilled or roasted. Khobz with semolina and butter is a famous homemade bread. Almost consumed at every meal in Algeria. Shurb is a local soup garnished with spices made with lamb, indispensable in winter in Algeria. Chicken with olive is another famous dish in Algeria, bearing the traces of the Mediterranean cuisine. Usually served on special occasions. Makrout with date is the most made dessert in the region. Coated with honey after preparation and served.

Time, is the most important criterion in cases requiring medical emergency. Quick intervention and transport to the hospital is the most important issue. When you look at the statistical data, many people lost their life because they could not get necessary medicine or medical requirements. Our planes are ready to take off in an emergency, every moment, for international medical evacuation services is 7/24.

When we look at the advantages of the ambulance aircraft, it is much more comfortable and safe in terms of the traffic the biggest problem on road transport, it is faster than road vehicles and goes at the maximum speed to take the patient earlier. With provided air ambulance service based in Algeria; get the advantage of patient transport in a shortest time in long distances, minimizing the health hazard and many other pluses. Our company has a rich equipage, with wide knowledge and skills, is one of the most reliable companies in air ambulance evacuation. With our constantly evolving and expanding network and transportation services we are serving from Europe to Asia. Choosing us will be your privilege to get Algerian air ambulance rental service. 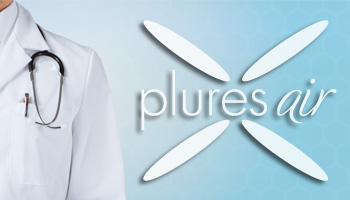